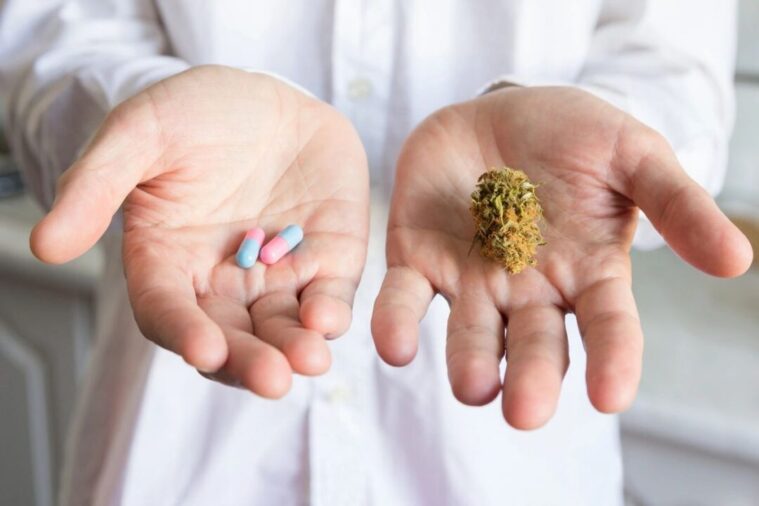 Insomnia, one of the most common sleep disorders in the world, keeps 10 to 30 percent of people awake at night. While the percentage isn’t as high in the general population, it climbs up to over 50% in older adults or people with mental health issues. Overall, it’s safe to say that it’s not that rare. Cannabis for insomnia is a growing trend in the medical field and were here to show you this breakthrough.

Sleep is an essential human need, and any compromise on its quality also has a direct impact on the quality of our lives. Insomniacs have difficulty falling asleep, often laying down for hours with nothing but racing thoughts.

It can get to a point where their day-to-day functioning capabilities get affected due to lack of sleep. Consequences include concentration issues, fatigue, social disturbance, mood swings, and memory problems, etc. This illness is often associated with other chronic health issues such as hypertension, endocrine, and heart disease.

Many users, having casually tried CBD products and marijuana for insomnia, reported improvements in being able to disperse their anxiety and stress. They claim to find it easier to manage their mental health under the effect of CBD products, aiding their relaxation, and helping them asleep through the night.

A recent survey in Colorado studied its effects on 1,000 recreational cannabis consumers, 84% of which claimed to have found cannabis for insomnia ‘very or extremely helpful.’ A large group of them even chose to replace some of their traditional sleep aids with CBD products.

The two most commonly known cannabinoids in marijuana are CBD and THC. The former brings a variety of health benefits with it, and it’s non-psychoactive. Hence that’s not where the ‘high’ comes from. THC is a psychoactive cannabinoid that’s primarily responsible for the ‘high’ sensation.

A 2008 study found that using marijuana with higher strains of THC typically reduces one’s REM sleep, which is the deeper state of sleep where dreams occur. Reduced REM means less dreams, which means less nightmares for those who have PTSD.

However, getting too little REM sleep can be problematic in other ways, potentially resulting in mood swings or memory issues. It’s best to consult with a doctor before trying any course of treatment. These are all good signs that cannabis for sleep has potential.

The application of medicinal marijuana for insomnia has widened its horizons exponentially after the legalized environment around the drug. Here are some studies that have found results to be in favor of cannabis for the treatment of insomnia.

A 2019 study focused on the use of cannabis in treating the PTSD symptoms; researchers found that it has positive effects in reducing PTSD-induced insomnia and nightmares. These studies came with disclaimers like ‘most studies to date are small and of low quality, with significant limitations to the study design’. This means more studies are required to prove it firmly.

A 2018 study found that medical cannabis use ‘is associated with significant improvements in perceived insomnia with differential effectiveness and side effect profiles, depending on the product characteristics.’

This study was carried out through an app. 409 participants submitted their data, recording real-time ratings of perceived severity of insomnia before and after using medical cannabis. On average, users reported an average of a 45% reduction in the severity of their symptoms. The study also found that vaporizer and CBD oil usage had positive effects on achieving high symptom relief.

So many people struggling through insomnia. Cannabis for sleep could be the breakthrough we’ve been waiting for. After its widespread legalization, we’re bound to have more in-depth researches and studies in this area. This will provide more reliable conclusions. Until then, it’s best to rely on your doctor.