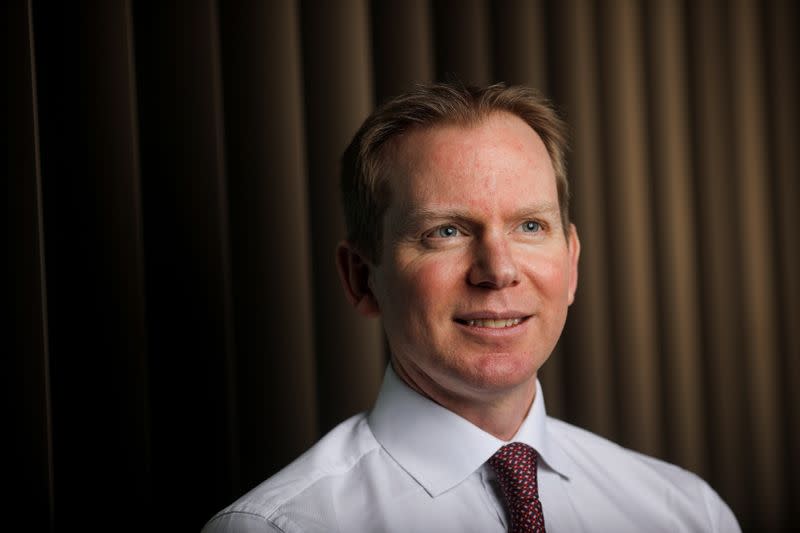 By Carolyn Cohn and Iain Withers

Nunn will replace long-standing Lloyds boss Antonio Horta-Osorio who said in July he would step down next year after a decade at the helm.

Nunn will be charged with steering Lloyds, seen as a bellwether for Britain’s economy, through the fallout from the COVID-19 pandemic and an era of rock-bottom central bank interest rates.

Despite taking hefty provisions against potential loan losses this year, analysts say Lloyds, like its rivals, faces further pain as government support for jobs and businesses is withdrawn next year.

Shares in Lloyds, which said earlier this month it is cutting more than 1,000 jobs, are down 40% this year, although they have rallied a third since the start of November following news of breakthroughs in the race to find a vaccine against COVID-19.

Analysts welcomed the appointment but said Nunn may not take up his new job for almost a year, after Lloyds said he was subject to a six-month notice period and a further six months of restrictions.

“It does mean that Lloyds will be without a CEO as they start a critical 2021 where a fundamental shift in strategy is clearly necessary to address the markedly lower revenue given the unexpectedly low interest rate environment,” analysts at KBW said in a note.

Nunn, a former McKinsey and Accenture consultant, who joined HSBC in 2011, was appointed to his current role earlier this year following a management reshuffle by CEO Noel Quinn.

Nunn, 49, grew up near Southampton in Southern England and is married with four children.

At HSBC, colleagues said he was known for his structured approach and for a focus on upgrading digital capabilities. He emerged in February as one of the winners of HSBC’s latest executive reshuffle, taking over the bank’s newly combined wealth and personal banking divisions.

“It makes sense to bring in someone with a fresh perspective, he can bring a lot more insight into what can be done differently than someone internal,” one Lloyds institutional investor told Reuters, who declined to be named.

HSBC said in a separate memo that Nuno Matos, currently head of its non-ringfenced British arm, is to replace Nunn.

At Lloyds, Nunn will receive a lower pay package than his predecessor. Lloyds said he had agreed to lower bonuses than the policy allowed, reducing his maximum potential pay by 20%.

This would limit his pay to around 5 million pounds, compared with the 6.3 million pound limit calculated by investor advisory group ISS for Horta-Osorio.

Incoming chairman Robin Budenberg has also asked for his pay package to be cut by 20%, Lloyds said.

Lloyds’ pay policy for senior executives has faced long-running criticism. One third of balloted shareholders voted against the bank’s pay policy at its investor meeting in May.

His pension has been set at 15% of his salary.