According to Premier Andrew Fahie that is exactly what is happening.

Premier Fahie is seeking an end to “unnecessary and unsubstantiated delays” in establishing the British Virgin Island’s medical cannabis industry says a report in MJ Biz published this week.

A case for DI Jack Mooney ?

The tool the British Government are using to interfere in the BVI’s affairs ?

Royal assent is the method by which a monarch formally approves an act of the legislature (either directly, or through an official acting on the monarch’s behalf). In some jurisdictions, royal assent is equivalent to promulgation, while in others that is a separate step. Under a modern constitutional monarchy royal assent is considered to be little more than a formality; even in those nations which still, in theory, permit the Monarch to withhold assent to laws (such as the United Kingdom, Norway, and Liechtenstein), the Monarch almost never does so, except in a dire political emergency or upon the advice of their government. While the power to veto a law by withholding royal assent was once exercised often by European monarchs, such an occurrence has been very rare since the eighteenth century. (wikipedia)

In the BVI the tool is being actively used by the current Gov General most likely at the bidding of No.10 after the legislature voted in favour of the bill early July this year.

After hours of public debate followed by similarly lengthy closed-door deliberations, the House of Assembly passed a bill on Tuesday that would legalise the production and use of medical marijuana in the Virgin Islands.

Premier Andrew Fahie introduced the bill for a first reading on June 19 during the 10th sitting of the House, and members launched into extensive discussion on Friday in the 11th sitting. Legislators spent most of Tuesday workshopping the bill in closed-door committee before giving it a unanimous stamp of approval. Now it only awaits assent from Governor Gus Jaspert before becoming law.

The Cannabis Licensing Act, 2020 provides the framework for a medical marijuana industry in the territory. The premier said the bill wouldn’t mean any resident could smoke a joint on the street for fun.

Gov. Augustus Jaspert, the U.K.’s representative, has thus far refused to give the pending law his stamp of approval. 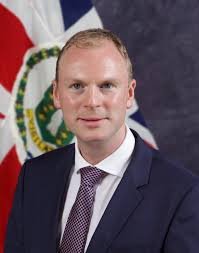 Gov. Augustus Jaspert. From 2001 to 2007 Jaspert worked for Surrey County Council as Lead Manager for Children’s Services. He then spent two years at HM Treasury as part of the Prime Minister’s Delivery Unit, followed by three years at the Home Office as Head of Drugs and Alcohol and Head of Policing. From 2012 to 2014 he worked at 10 Downing Street as Private Secretary to the Prime Minister, David Cameron.

Questions to the governor’s office have gone unanswered for weeks. Instead, Jaspert’s spokesperson provided a terse 3-month-old statement to Marijuana Business Daily:

“The Governor is currently considering the bill and has yet to grant assent. By giving thorough consideration to the bill, the Governor is discharging his duties as set out in the constitution and as the people of BVI would expect.” 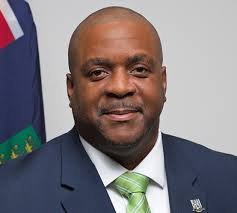 Pending laws typically receive Royal Assent in a matter of days or weeks.

Roy Bodden, former president of University College of the Cayman Islands, said the governor – as the U.K. representative – has the power to delay, reject and introduce new legislation if the parliaments in the territories refuse to act according to the administering power’s wishes.

“This intervention by the United Kingdom to circumvent the local assembly/parliament is often referred to as the ‘nuclear option.’ It is used on those occasions where the local parliament is noncompliant with the administering power’s wishes,” he said.

In this case, however, neither the U.K. nor the governor’s office has signaled why it is holding up the law, frustrating the premier of the country and local businesses.

A quick check of BVI News.com has repeated reports on possible future revenues being lost because of the failure of Jaspert to sign on the dotted line.

Premier Andrew Fahie said the BVI is losing significant revenue as it waits for Governor Augustus Jaspert to give assent to the Cannabis Licensing Act, which was passed in the House Of Assembly in July of this year.

The Cannabis Licensing Act sets the framework for the establishment of a medical marijuana industry in the BVI.

In an interview with 284 Media, Premier Fahie said the government was expecting to earn millions this year as many people would have found jobs in the medical cannabis industry.

He continued: “We are gonna wait till it is assented to. It has pushed us a little behind with that industry with the revenue that we had already projected for this year.”

The BVI constitution doesn’t demand that the governor give assent to any law within a specified timeframe.

In his interview on Friday, Premier Fahie said this is an area in the constitution that the government is seeking to change.

“It is one of the areas in our constitutional review that we have to ensure that we strengthen in the best interest of the people of the Virgin Islands,” Premier Fahie said.

He said once the bill is assented, a commission will be set up to regulate the industry and set guidelines for locals who want to participate.

As the government waits for Governor Augustus Jaspert’s decision on the Cannabis Licensing Bill, Agriculture Minister Dr Natalio Wheatley has said orders are already flowing in from interested persons seeking to cash in on the BVI’s medicinal marijuana industry.

“It’s hurting us. I’ve had persons contact me and tell me how many litres of distillate from the marijuana that they want to order from the BVI and how much they are willing to pay for it. So we already have orders ready,” Dr Wheatley told host Claude Skelton-Cline on the Honestly Speaking radio programme on October 23. 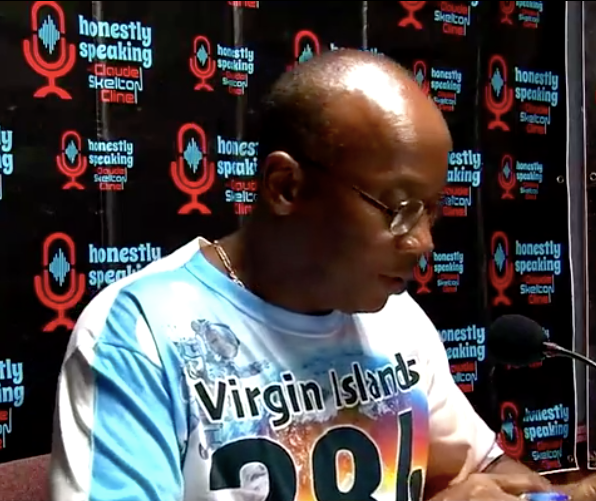 Recently, Premier Andrew Fahie said the BVI was losing millions in revenue as it waits for the Governor to make a decision on the Cannabis Licensing Bill.

“I’m really at a loss as to why it hasn’t been assent to,” Dr Wheatley expressed.

He added: “The United Kingdom showing themselves to be a good partner with the people of the Virgin Islands, they would help us develop our economy not hurt our economy.”

Dr Wheatley said the lack of assent to the vital Cannabis Licensing Bill is just one example of the impact that British colonialism has on the BVI, adding that it limits the government’s ability to make vital decisions in the best interest of the people.

Governor Jaspert who will demit office in early 2021 recently told BVI News that he is still considering the Cannabis Licensing Bill.