Sparta, N.J.— New Jersey state legislators are working feverishly to fill in the details of how and when legal recreational marijuana use or RMU will filter down to municipalities like Sparta Township. The state’s voters approved RMU in November.

New Jersey Senate and Assembly leaders and Governor Phil Murphy, all Democrats, expect that enabling legislation will be approved by year’s end.

“Will people be walking on the boardwalk smoking pot?”

Our newsletter delivers the local news that you can trust.

You have successfully signed up for the TAPinto Sparta Newsletter.

“Will vans with bright green marijuana plants be driving around town for all the kids to see?”

“Are pot stores going to pop up in the heart of town?”

“When will all this happen?”

Those are questions asked by Erin Durkin, 38, a mother of two young boys, a childcare professional and a resident of Sparta.

A review of the current Senate and Assembly bills, S21 and A21, provides potential answers for those and additional questions about the future of RMU in Sparta. A survey of adults in town (“Sparta RMU Survey”) adds additional insights.

Spoiler alert – assuming no major changes to that legislation, the answer to Durkin’s first two questions is no, and the answer to the latter two is not yet clear.

Will RMU businesses be allowed to operate in Sparta?

While Sparta voters approved RMU by a margin of 2 to 1, whether RMU businesses will be allowed in town is up to the Sparta Township Council, according to the current draft legislation. 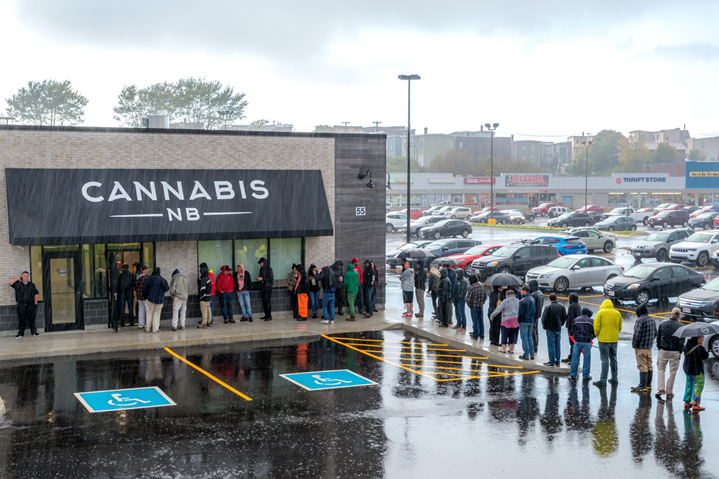 Saint John, New Brunswick, Canada. People waiting to purchase cannabis on the first day of legalization in Canada in 2018. Whether similar stores will open in Sparta is up to the town’s council. Shutterstock.

The council killed any chance RMU businesses would appear in Sparta when facing proposed RMU legislation two years ago. It did so by quickly issuing an ordinance while the legislation was still being debated in Trenton.

This time around the council will not address the issue until after the legislation is finalized, Deputy Mayor Christine Quinn said.

That advice came from the Sparta Municipal Alliance, which is a committee established by the town to assist in preventing drug and alcohol abuse.

Quinn emphasizes those concerns in an interview. People and businesses choose to locate in Sparta, in part, because it is a safe place to live, Quinn said during an interview. Allowing RMU retail businesses in town would be inconsistent with that attribute, she added.

“At this time, I am personally not in favor of retail businesses, which will distribute recreational marijuana and related products such as gummies within our community,” Quinn said.

Sparta Chief of Police Neil Spidaletto serves with Quinn on the Sparta Municipal Alliance and shares her concerns.

Spidaletto, 47, moved to Sparta with his family right after he was born, and he never left. 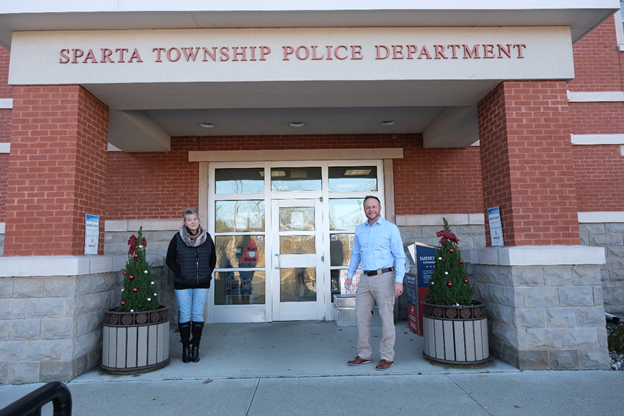 During an interview he listened more than he spoke. When he did speak it is with the sober tone one might use when recalling a deadly car accident.

Spidaletto points out that many of the arrests made by his department for marijuana involved possession of other drugs, including opioids and heroin. People coming to buy marijuana in Sparta would bring those drugs with them, causing increased crime and traffic accidents, Spidaletto said.

While neither Quinn nor Spidaletto specifically commented on whether RMU cultivation or distribution businesses should be allowed in town, Quinn said the Sparta Municipal Alliance has recently advised the council that all RMU businesses should be blocked from operating in town.

Durkin agrees with her public officials.

Dressed in blue jeans and a matching blue sweater, with her hair back in a ponytail, she appears casual during an introduction. When discussing the possibility of RMU businesses in town, she is anything but casual during a subsequent interview.

“We all live in Sparta because it is safe,” she said about herself and the parents whose children she cares for. “Having pot businesses in town erodes that feeling of safety.”

Sparta is relatively safe, as measured by crime statistics. The town’s national crime index is 92 with 100 being the best possible score. The rest of the state has five times the amount of violent and property crimes as Sparta.

Quinn said the town’s attributes are the result of an ongoing effort by public officials to protect the town from changes that would compromise its values and principles. Safety being one of them.

At the end of their interviews, Quinn and Spidaletto make it clear that they are only expressing their personal views, and that they do not speak for the Sparta Municipal Alliance. Quinn also said that she does not speak for the other four members of the council who did not respond to email requests to be interviewed.

The current anti-RMU business position of Quinn, Spidaletto and the Sparta Municipal Alliance is not necessarily inconsistent with the November vote because the ballot measure was silent on the businesses would be allowed to operate.

So how do residents feel about having RMU businesses downtown? On this issue, 57% of the 215 responders to the Sparta RMU Survey, conducted specifically for this article, were in favor of retail stores operating in town, while 62% favored local cultivation businesses.

The margin of error for the survey was 7%, so it is not statistically determinative. That said, it does provide information the council may consider during its deliberations on the issue.

Should the council follow the current advice of the Sparta Municipal Alliance, the issue of revenues from local RMU businesses becomes moot.

However, the council may give local RMU businesses, particularly cultivators, a closer look once the legislation is finalized.

Under the current draft bills, Sparta would be able to impose and collect a 2% sales tax on local RMU retail and cultivation businesses.

When asked if that potential RMU retail revenue was attractive, Quinn was quick and definitive in her answer. “No,” Quinn said. While Quinn did not have specific numbers prepared, her instincts are supported by the math with respect to retail businesses.

Sparta has a very sound tax base. Its residents enjoy a median household income that is 1.6 times higher than the rest of the state, and over two times the rest of the country. The town also has a relatively small population, limiting cumulative local demand for RMU.

A strong tax base and small population are factors that do not necessarily favor allowing retail RMU stores in town based on potential tax revenues.

For example, according to a recent Gallup poll, 15% of adults use marijuana, and the annual amount spent per user is approximately $700. Applying those statistics to the Sparta population of approximately 13,000 adults, RMU retail sales would equal $1.4 million a year. Taxed at 2%, Sparta would earn approximately $27,000.

That represents roughly 1% of the town’s budget of $27 million.

One way to increase that RMU retail tax base is to attract people from outside the town to come to Sparta to buy marijuana. Quinn and Spidaletto do not see that as a goal of the town.

Less clear is whether RMU cultivators should be allowed in town. The legislation in Trenton is currently less clear on what types of revenues are available in this respect and how they will be allocated, so it is difficult to estimate at this time. Once that legislation is finalized, this may be an issue discussed by the council.

Will Sparta residents be allowed to have RMU products delivered to their homes?

The current legislation being advanced in Trenton allows for delivery of marijuana to Sparta residents from outside the town’s boundaries, without tax from Sparta on the transaction. This provision has not been contested in multiple public committee hearings in both the Assembly and Senate.

Absent a change to that provision, Sparta’s adults will be able to pick up a phone or even go on the internet and order marijuana products, which can be delivered as quickly as a pizza pie or Kung Pao chicken. 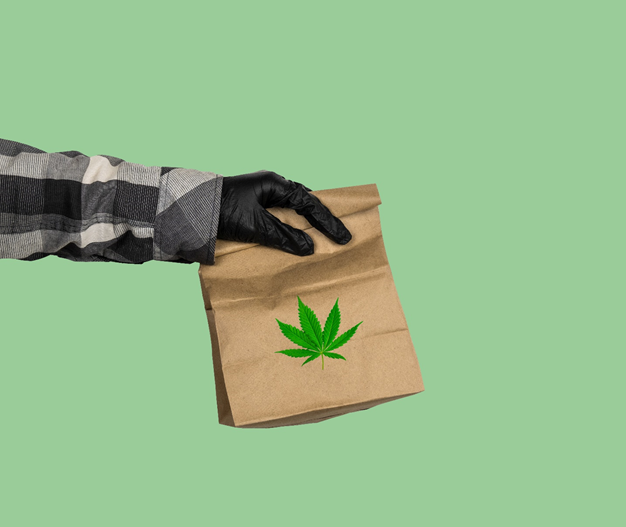 Durkin was relieved when told that delivery vehicles would not be allowed to display any markings that indicate a connection to marijuana delivery, according to the draft legislation.

Who can legally possess and consume marijuana, how much, and where can one indulge?

Those 21 years or older can legally possess and consume marijuana.

Legal possession is limited to one ounce of cannabis, the plant from which marijuana is derived. The bill calls for an equivalent limit for cannabis products in solid such as gummies or brownies, liquid and concentrate resin forms.

In general, smoking, vaping or aerosolizing of cannabis would not be permitted in public places, whether indoor or outdoor. Violations involving small amounts of marijuana will be subject to civil penalties. The one exception is school property, where an offense would remain criminal.

Consumption by means other than smoking, vaping or aerosolizing would be allowed in nearly all settings, except schools.

For towns that approve licenses to sell marijuana locally, retailers may have indoor and outdoor consumption rooms. Any outdoor space must have fencing or walls that conceal the activity. 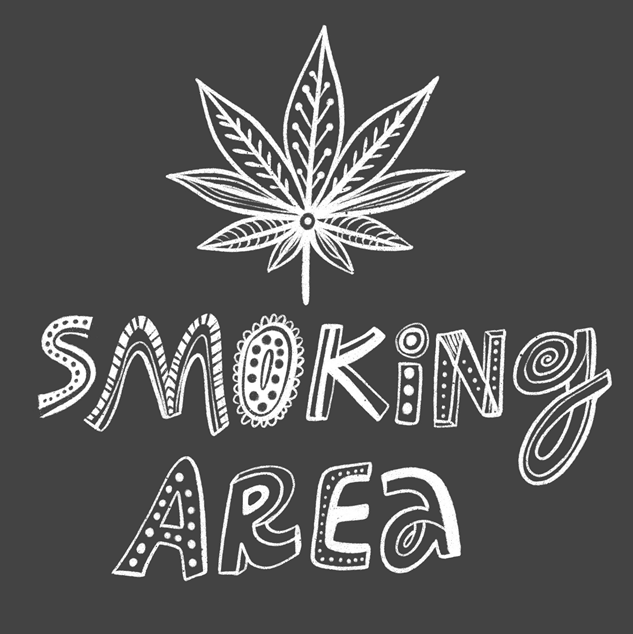 These provisions are in the RMU draft legislation. A separate marijuana decriminalization bill is also working its way through Trenton that would allow adults to possess up to six ounces of cannabis without being charged, and which would drop all pending cases for violations under that amount.

Why did Spartans vote in favor or legal RMU?

Legal RMU does not appear to be a political issue. In most elections, including 2020, Sparta does not vote consistently with voters across New Jersey when it comes to political party. That was inverted for legal RMU where Sparta was in lock step with the rest of the state.

The Sparta RMU Survey found that 57% of those who favored legal RMU did so, primarily, because they supported individual choice.

That survey result is similar to the findings of a 2020 study done at Loyola University Chicago that showed a link between support for legal RMU and a higher level of education. The researchers proposed that highly educated individuals support legal RMU because they favor personal choice. Legal RMU is one of those choices. Sparta fits the profile described in the study – 56% of its Sparta residents have a college degree, compared to 32% across the country.

The Loyola study involved a comprehensive review of 22 different state referenda addressing the legalization of both RMU and medical marijuana use or MMU across the country.

When will a Sparta resident be able to legally purchase and consume marijuana?

The short answer: not any time soon.

Several steps must be taken before Sparta citizens can engage in legal RMU.

Those steps include finalizing legislation, issuing regulations and granting licenses to cultivators, distributors and retailers. Then there is the issue of supply.

The current draft legislation gives New Jersey licensed MMU cultivators preferred status for RMU cultivation licenses. However, there are already issues with supplying product to New Jersey’s 95,000 registered MMU patients, according to Jeff Brown, the assistant commissioner in the state Department of Health who oversees the MMU program.

It would be a “disaster for the MMU program,” Brown said, should supply from current MMU cultivators be diverted to RMU.

That means that new cultivators will be needed for RMU, which could take more time to establish and yield an inaugural harvest.

These types of delays in implementation are common. Massachusetts took two years to sort these issues, and Maine took four years.

That said, if legal RMU is available this time next year, you could legally give marijuana as a Hanukkah present or stocking stuffer.

Note: this article is not intended to provide legal advice and was published prior to RMU legislation being finalized. As such, any person interested in legal RMU should individually review the law, when passed, and respective regulations.’

Daniel Devine is a freelance journalist and resident of Sparta.