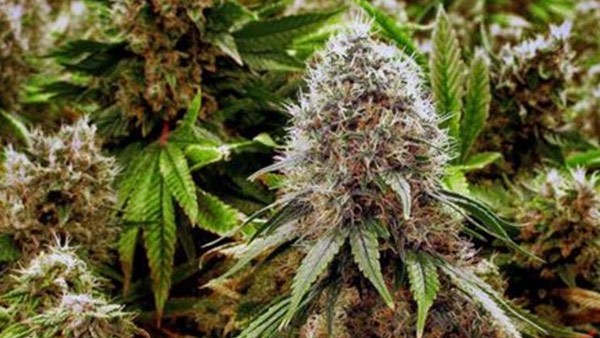 Cannabis has been used for medical and recreational purposes for at least 2500 years. CBD is much newer, since it must be extracted from hemp to separate the cannabidiol (CBD) from the tetrahydrocannabinol (THC). Kratom is not as well known, since the trees grow mostly in Southeast Asia. Like cannabis, it has been used for thousands of years as a traditional medicine. These plants have not been approved by the FDA, and there are not a lot of clinical studies about them. But, users have reported a number of effects associated with using these plant products, and some are better than others.

Cannabis Legality vs. CBD and Kratom

Before we get into the differences in effects, it’s important to talk about legality. California has a lot of strict regulations that make it difficult for many people to do business in the state. However, when it comes to cannabis, Caleiifornia has taken a much more relaxed stance than many states, as the first to legalize medical cannabis in 1996, and having legalized recreational weed in 2016. Cannabis is currently legal for recreational use in about 15 states, and legal for medical use in about 17 additional states. In still others, it’s decriminalized, meaning that it’s illegal but authorities aren’t going to do much more than issue a citation or fine if you’re caught with it. Although the laws are getting better, marijuana is still fully illegal in six states.

CBD is what you get when you extract the cannabidiol from hemp plants, while making sure not to include any THC in the final end product. In a lab test, this often means getting results that show 0.03% THC or less. It’s legal in every state except for Idaho and Nebraska.

Kratom is legal in all but seven states, and a number of local jurisdictions. The American Kratom Association continues to lobby on behalf of kratom users in those states, to get it legalized. In some places, the raw plant product, which could be in powder or crushed leaf form is legal, but synthetic derivatives are not. All that said, the FDA has not approved kratom for human use, and its approval of CBD is extremely limited.

Cannabis Effects vs. CBD and Kratom

People choose to use these different plant products for a variety of reasons. Some of those reasons intersect, where cannabis, kratom, and CBD all have similar properties. But some of those reasons are vastly different. Before you decide whether to try one or more of these options, it’s good to know what people report about their effects.

Many people who smoke cannabis or otherwise put THC into their systems will report feelings of euphoria. Some people will experience paranoia, depending on where the THC ends up in the brain, according to the University of Western Ontario. Effects also depend on the particular strain of cannabis, and the quantity used.

As with cannabis, different kratom strains are reported to have different effects on people. Kratom leaves are usually categorized according to their vein color, which can be white, green, or red. What makes kratom unusual, however, is that people report different results depending on the dosage. On a low dose, they say that it is a mild stimulant and mood booster. However, at larger doses, they report that it acts more like a sedative or that it helps with anxiety.

Believe it or not, the human body produces cannabinoids naturally when we’re feeling relaxed. People ingest cannabidiol, commonly known as CBD for a variety of reasons. Among them, it’s reported that CBD can act as a mood booster, while also improving your focus in the absence of THC. When you are depressed, your hippocampus can shrink. This is the part of your brain that’s responsible for learning, memory, and emotion. Cannabinoids can reverse this effect, and CBD has been reported to help with feelings of isolation and PTSD.

Many people use CBD as part of their self-care routine when they have trouble sleeping. According to one study of 72 adults, two thirds of them showed improved sleep within the first month of use. People have also reported improved sleep when they used CBD oil with melatonin.

People also report improved sleep when they consume higher doses of kratom. Where CBD is a cannabinoid, kratom contains two other naturally occurring chemicals: mitragynine and 7-hydroxymitragynine. These alkaloids ve been shown to have an effect on the mu-opioid receptor in mice. In addition to using it as a sleep aid, many people have reported positive effects when using it as an alternative to dangerous prescription opioids.

Cannabis can also act as a sedative, and its effects are also partly dependent on the strain and the dosage. With that in mind, there is an optimal zone where it can have a positive effect on sleep. With heavy usage, cannabis has been shown to decrease the quality of sleep, particularly REM sleep.

Some people use cannabis when they are feeling anxious or under stress. According to a finding published in Neuron, cannabis activates the same receptors that a brain molecule activates to protect against stress. This molecule reduces connections between the two brain hemispheres to reduce anxiety-causing connections.

Many people report anxiety relief when they use either CBD or kratom powder. They choose these options because there is no psychoactive THC that would produce other effects. When compared to many prescription drugs, these alternatives are a natural option that people report to be effective.

All three of these options are also reported to work as anti-inflammatory drugs, and there is a lot of information available about CBD’s effect on pain. With that in mind, cannabis is special in that studies have shown that it has a positive effect on inflammation, as well as other associated ailments. This is known as an entourage effect, and it materializes when there is a combination of cannabinoids, including THC. It seems as though cannabis may be the best solution, if you don’t mind also feeling a bit of euphoria.

Which Plant Should You Choose?

It’s always best to consult with a doctor before making any medical decisions. But in the end, it’s up to you to make your own decisions about your doctor-prescribed, or self-care routine. You should continue to do your research, and make a well-informed decision.