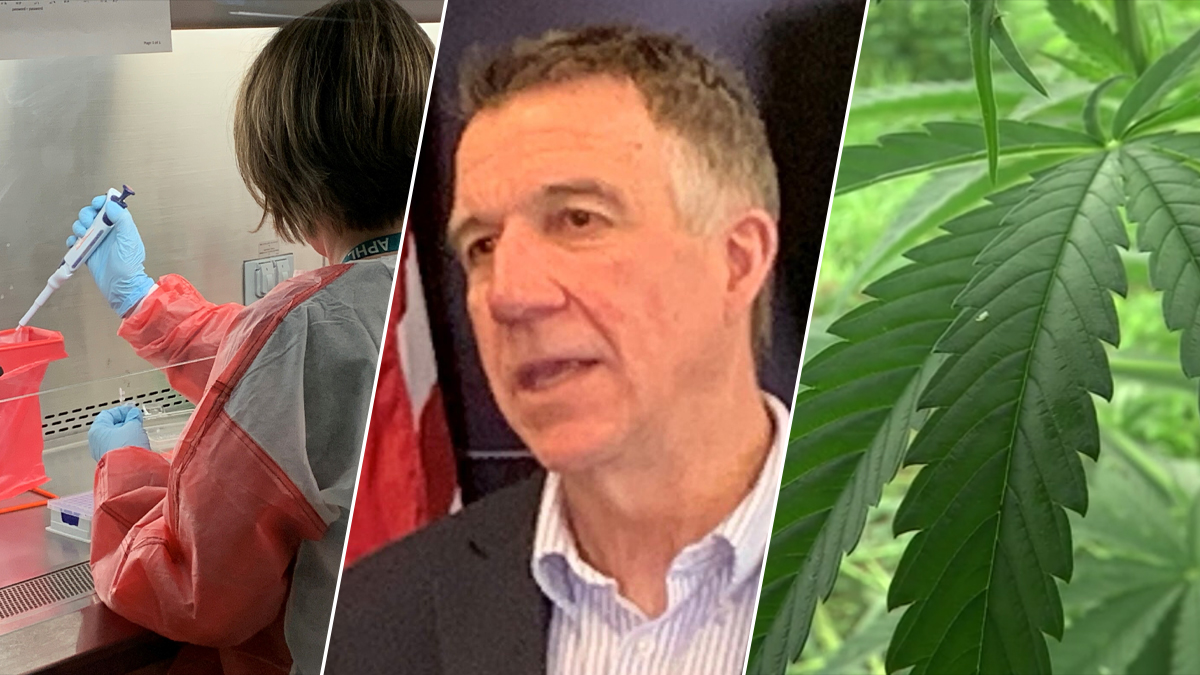 In February, Vermonters were enjoying a regular winter, traveling, eating in restaurants and meeting friends without undue fear of getting sick.

A few short weeks later, by mid-March, life changed in ways unimaginable before the arrival of the coronavirus pandemic that spread across the world, the country and the state.

There can be little debate that the pandemic was the overarching top Vermont news story of 2020. But there were many subtexts that came with it. And hard as it is to believe, there was other news in Vermont in 2020.

As chosen by the Vermont members of The Associated Press here are some of the biggest stories in Vermont of 2020:

On March 13, Gov. Phil Scott issued an executive order declaring a state of emergency to respond to the emerging coronavirus pandemic.

Over the next two weeks, he issued a series of additional orders: Closing schools to physical classes and requiring that education be provided online; limiting mass gatherings at first to 50 people and later reducing the number to 10; closing restaurants to in-person dining and shuttering nonessential businesses.

He also issued an order for Vermonters to stay home as much as possible and urged people at nonessential businesses to work from home.

By late April, Scott began to gradually reopen the state, by, as he put it, turning “the spigot, a quarter-turn at a time.”

Throughout the pandemic, Scott and state health officials have hewed closely to the recommendations of medical experts for confronting the pandemic, including wearing masks, maintaining social distance and quarantining after traveling out of state.

Despite a late-year surge in cases, Vermont maintained some of the lowest numbers, both per capita and absolute, of COVID-19 cases and fatalities in the country.

Many of the virus-related restrictions were relaxed throughout the spring and summer months. The state of emergency has been extended monthly as the virus has resurged.

Vermont’s stay-at-home order is in effect amid the coronavirus outbreak, and businesses that remain open are making big changes.

The Vermont Legislature passed a bill in September legalizing the recreational sales of marijuana by establishing a system to tax and regulate the retail pot sales.

In 2018, Vermont enacted a law allowing for the recreational use of marijuana, but it contained no mechanism for its sale or taxation.

The law includes a provision for a roadside saliva test, obtained with a warrant. It also establishes a cannabis control board with an executive director to oversee the taxation and regulation of the market. And it sets up a 14% excise tax on cannabis products, of which 30% is earmarked for substance abuse prevention and it extends the 6% sales tax to cannabis products.

In October, Scott let the bill become law without his signature.

Retail sales of cannabis in Vermont are due to begin in 2022.

At the beginning of the 2020 presidential-election year, Vermont U.S. Sen. Bernie Sanders made another bid for the Democratic nomination in hopes of bringing his progressive politics to the American people.

But after a lackluster showing in the Super Tuesday primaries in March and a consolidation of support around now-President-elect Joe Biden’s campaign, it became clear Sanders’ second and likely final bid for the White House would fall short.

Bernie Sanders, I-Vt., announced he is suspending his campaign for the Democratic presidential nomination. Sanders held an early lead in the race but former Vice President Joe Biden surged past him.

In April, Sanders formally suspended his campaign and he urged his backers to support Biden.

“I will do everything I can to help elect Joe,” Sanders told The Associated Press in April. “We had a contentious campaign. We disagree on issues. But my job now is to not only rally my supporters, but to do everything I can to bring the party together to see that (President Donald Trump) is not elected president.”

The popular Republican governor, who got praise for his leadership during the pandemic, easily won a third term defeating Democratic Lt. Gov. David Zuckerman by 40 percentage points.

On Election Day, Scott said he voted for President-elect Joe Biden, the first time in his life that Scott said he’d voted for a Democrat for president.

“As many of you knew, I didn’t support President Trump. I wasn’t going to vote for him,” Scott said outside his polling location. “But then I came to the conclusion that it wasn’t enough for me to just not vote. I had to vote against. So again it’s — I put country over party, which again wasn’t an easy thing to do in some respects.”

As it did in much of the country, the killing of George Floyd at the hands of Minneapolis police prompted calls for police reform in Vermont. It brought rallies and protests and the painting of Black Lives Matter murals across the state.

Floyd’s death also prompted the Legislature to pass a law designed to increase police accountability across the state. The new law, which takes effect in July, has a number of components, including banning police in Vermont from using chokeholds. It also orders state troopers to wear body cameras and it requires law enforcement agencies to comply with racial data reporting requirements in order to qualify for state grant funding.

The attack caused employees to lose access to databases, digital health records, scheduling systems and other online tools they rely on for patient care. As of mid-December, repairs were still being made.

The University of Vermont Health Network was impacted by a cyberattack that forced several computer systems offline.

At the beginning of the school year this fall, Vermont school kids return to classes with a mix of remote and in-person learning.

By year’s end, the number of COVID-19 cases in the state’s schools remained relatively low. But as cases have increased, some schools have gone back to remote learning.