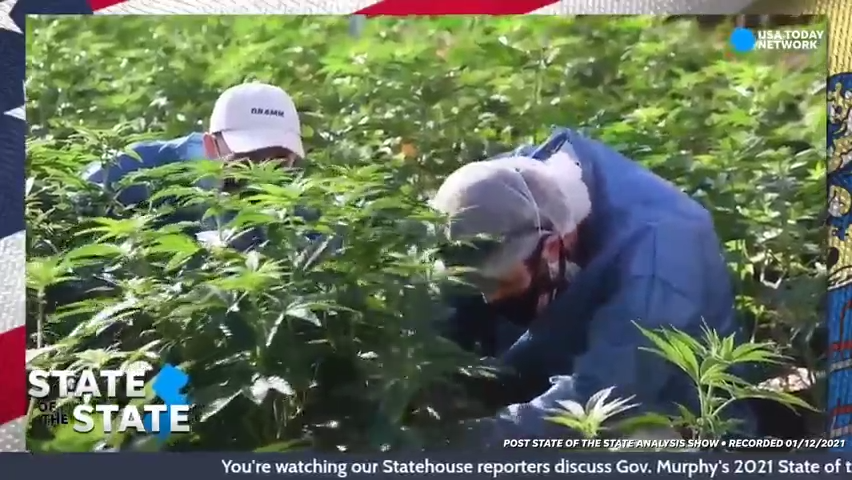 Montclair, which opened the first medical marijuana dispensary in the state in 2012, could have two corporate cannabis companies operating downtown by year’s end.

A Colorado company called Lightshade Labs has an application pending with the state to open a medical marijuana dispensary on Bloomfield Avenue.

The second company, Ascend Wellness Holdings, a multi-state operator based in Boston, is renovating the Greenleaf Compassion Center on Bloomfield Avenue, which it purchased last year from Julio Valentin.

Both dispensaries, which would be located near each other in the central business district, will only serve holders of medical marijuana cards who use weed for conditions such as pain and anxiety. However, thanks to the vote on the November 2020 referendum approving the legalization of weed in New Jersey, the operators now have footholds to expand into recreational weed down the line.

“We are ready to support the medical program, as well as the burgeoning rollout of recreational cannabis demands,” said Lightshade executives in a recent release.

For cannabis operators, Montclair checks a lot of boxes.

The town’s location in the middle of densely populated Essex County is one, according to Ascend CEO Abner Kurtin. There are currently only a dozen dispensaries in the state serving 103,568 cannabis patients, with thousands more patients joining the rolls every month.

Because demand far outstrips supply, having two dispensaries on the same street would not be redundant, operators say. Even if supply were to increase, Marley said, it’s common in cities with legal marijuana to have multiple dispensaries in the same town and even the same block, offering different products, strains, and customer experiences.

Montclair’s progressive ethos is another checkmark in its favor. While some New Jersey towns, such as Monmouth and Spring Lake, have banned dispensaries, Montclair’s town council, business owners and residents have shown “overwhelming support” for a second dispensary, according to Zidziunas.

“Montclair is very forward-thinking,” he said. “Finding locations is a needle-in-a-haystack process, because towns can opt in or out. You need to have the community behind it.”

More Montclair news: Why finding parking downtown is about to get harder before it gets easier

Trending: Here’s where to get COVID-19 vaccinations in New Jersey, but supplies are scarce

…a downtown that needs help

At a time when Montclair’s many small businesses are struggling to stay afloat, bringing dispensaries downtown, along with foot traffic and tax revenue, could be a godsend, “funding critical investments and easing the burden on taxpayers,” said Mayor Sean Spiller.

But in a town with a Black population of 24%, the dispensaries are also important from a social justice perspective, he said.

“The draconian prohibition of marijuana has done enormous harm, especially to people of color,” Spiller said. “Montclair has long been at the forefront of fighting for social justice reforms and the legalization of marijuana is very much in line with that.”

Rohan Marley of Lightshade emphasized the company’s commitment to diversity and said that their dispensary would bring jobs, with an emphasis on righting past wrongs. “We are committed to hiring locally, bringing onboard rehabilitated individuals with previous records, hosting job fairs and other outreach efforts to support Montclair’s diverse community,” he said.

Thank you for subscribing. This premium content is made possible because of your continued support of local journalism.

… and plenty of room

Montclair’s large central business district also fits the bill, since dispensaries must be in a non-residential area licensed for medical providers and not within 1,000 feet of a school.

“There are many advantages to regulating an otherwise controlled substance, doing it safe and clean and right,” said Zidziunas. “Why put something in the hands of the streets? A high-quality provider can regulate the quality and kow the potency.”

“People have to let go of the stigma of walking into a dispensary. It really isn’t much different from walking into a liquor store and buying wine or beer.”

Caggiano, former head of obstetrics and gynecology at Hackensack Meridian Health Mountainside Medical Center, said people need to recognize that cannabis is “real medicine,” for physical and psychological ailments such as PTSD and anxiety, as well as an extremely effective addiction therapy.

“New Jersey customers should have the right to choose clean, high-grade medicine in a professional, safe and friendly way,” he said.

Legislation to legalize marijuana for recreational use has not yet been passed.

Lightshade applied for its medical marijuana license and leased a storefront on Bloomfield Avenue in 2019, expecting to be approved by year-end.

Vartan said that approval is being held up by lawsuits from nearly a dozen operators whose applications were denied. In addition, the state Department of Health, which issues the licenses, has been sidetracked by COVID.

“It’s really unfortunate and unfair,” he said. He’s hopeful that the new round of applicants for recreational marijuana that will likely enter the pipeline this summer will put pressure on the state to finally approve Lightshade’s license.

He said not only Lightshade, but Montclair will benefit.

“The town could become a hub of progress,” he said.

According to its website, Ascend also has plans to open stores in Rochelle Park this year, followed by Hoboken, and will expand its cultivation center in Franklin.

Julia Martin covers Montclair for NorthJersey.com. For unlimited access to the most important news from your local community, please subscribe or activate your digital account today.