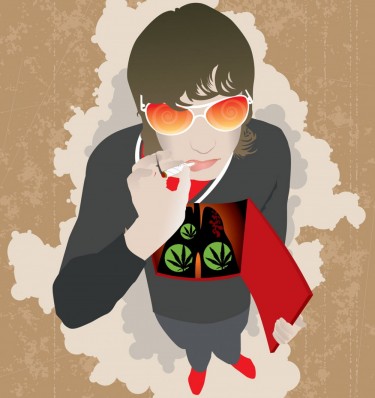 Marijuana has always been seen in a negative light until recently when more people began to harness its benefits. This made many people open to smoking cannabis as an alternative to smoking tobacco which has always been known to have cancerous tendencies. The purpose of smoking has always been lost to some as they see no reason for indulging in something with such deleterious effects. But with marijuana, this is corrected because marijuana posesses different medicinal and recreational benefits.

Marijuana offers a myriad of benefits due to the phytochemical molecules embedded in the matrix of the plant. It contains over 100 cannabinoids, flavonoids, and terpenes which play a synergistic role to mediate some health-related effects. Two major cannabinoids in the matrix of cannabis are tetrahydrocannabinol (THC) and cannabidiol (CBD). THC gives rise to a euphoric feeling which serves as the basis for recreational marijuana while CBD promotes calm, relaxed sensations and a series of medicinal effects. Marijuana consumption offers the benefit of these cannabinoids in synergy, and this played a major role in promoting the acceptance of the plant.

What are CBD Cigarettes?

CBD cigarettes as you can infer from the name refers to cigarettes made from hemp and not tobacco or marijuana strains with high THC content. Hemp is quite different from typical marijuana because though they are both from the same family of plants, hemp has a negligible amount of THC. Hemp only has a reduced percentage of THC which is not more than 0/3%. This value is negligible compared to normal marijuana strains that have THC content from 20% and above. Hemp meanwhile contains a good percentage of CBD and other beneficial cannabinoids which accounts for its wide use in medical marijuana.

CBD cigarettes since they are made from hemp contains a small amount of THC which is well below the psychoactive threshold of THC. This means that CBD cigarettes do not give much of a euphoric feeling instead the presence of CBD helps it to promote relaxation. This is particularly beneficial for those who aim to use cigarettes for their medicinal benefits and not the euphoric feeling. Through the endocannabinoid system, CBD interacts directly or indirectly with cannabinoid receptors which helps it elicit some medical activity. The cannabinoid is beneficial for promoting calm, offering relief from pain, seizures, inflammation, and so on.

CBD also lacks the harmful negative effects attributed to tobacco smoking. CBD cigarettes do not have harmful toxins and carcinogens that can cause irritation of the lungs. This makes it easy to identify which of the cigarettes has benefit to health and which doesn’t.

How are they made

CBD cigarettes are quite similar to your regular cannabis joint. It typically involves hemp and CBD flowers in rolling papers. CBD extracts can also be added to the CBD cigarette to further influence the expected effect. A filter is added to the joint to smoothen the smoking experience and make it better.

The legality of CBD cigarettes

The situation around the legality of CBD might seem a little complex because there are many factors to consider. One particular thing that stands out is that the legality of CBD cigarettes is not general as different laws and regulations occur in different places. In a country like Canada, the use of CBD cigarettes is legal because the compound is legal for recreational and medical use. In the US, however, the federal government still tightly regulates cannabis and its extracts which means on a federal level it is illegal.

State laws in the US however play the deciding role when it comes to the legalization of such products because many states have open markets for cannabis which is regarded by the FDA. Some states with legalized medical and recreational marijuana systems have legalized the use of CBD cigarettes. However, this is not uniform as there are states that have legalized medical and recreational use yet they prohibit the use of CBD cigarettes. This means the way to go around the laws surrounding CBD cigarettes is to exercise caution and ensure you have adequate knowledge about the laws and policies in your locality.

Why should you use CBD cigarettes?

The benefits that are available from smoking CBD cigarettes are much more than just enjoying the smoking experience. Unlike tobacco which offers negative effects and reasons to stay away, CBD cigarettes have numerous reasons why you should indulge. Research has shown that CBD is infective for different types of common ailments around us today. The FDA has already approved a CBD-based drug for two rare forms of seizures in children. This shows the effectiveness of the cannabinoid in dealing with epilepsy and seizures. The cannabinoid is also used for dealing with insomnia, anxiety issues, pain, and inflammation.

In comparison with tobacco which predisposes the use to cancer, CBD cigarettes are effective in providing neuroprotective activity. CBD also helps to promote the general wellness of the body and mind. These are some of the benefits available in CBD cigarettes. It takes using CBD cigarettes to see these benefits and conventional smokers who love the smoking experience can easily make the switch with no loss and much benefit. 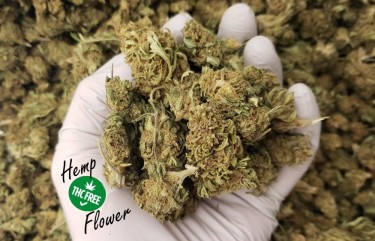 BENEFITS OF SMOKING HEMP FLOWER WITHOUT THC, READ THIS! 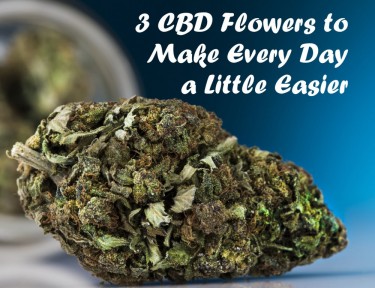